The 30th edition of the Singapore International Film Festival (SGIFF) is back with a dynamic array of over 90 films by auteurs from 40 countries that take the pulse of Asian and international cinema. From local cinema to movies from the rest of Asia and the world, to Oscar entrants and special presentations, there is a lot for movie buffs to devour. Some of the highlights include Anthony Chen’s Wet Season, Michael Engler’s Downtown Abbey, Myanmar-born, Taiwanese filmmaker Midi Z psychological thriller, Nina Wu to name a few. To commemorate the Festival’s landmark edition, it will also close with a 30th Anniversary Special Presentation with The TruthbyPalme d’Or Japanese filmmaker Hirokazu Kore-eda. This is his first film out of Japan, which presents a unique taste of France. Fans of Nawazuddin Siddiqui will also get a chance to interact with the actor.

SGIFF’s Programme Director, Kuo Ming-Jung said, “In the past year, captivating stories told by brilliant filmmakers have unfolded in varying styles and genres across the global cinematic landscape. As with our line-up each year, we hope to bring distinctive films from around the world to the audience, while staying committed to the strong belief in giving a voice to our own stories that reveal the texture of life in Singapore and the region.” 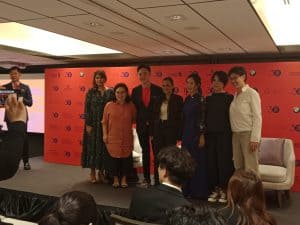 In a nod to local films, 17 Singapore films have been selected for screening at the festival, with four shorts nominated for the Silver Screen Awards’ Southeast Asian Short Film competition, including ADAM (2019) by Shoki Lin as well as Jerrold Chong and Huang Junxiang’s Piece of Meat (2019), which premiered at the 2019 Cannes Film Festival. The Singapore Panorama section will feature five features and five shorts, including the Southeast Asian premiere of the first two episodes of Invisible Stories (2019) by Ler Jiyuan for HBO Asia on the untold stories from the heartlands in Singapore, and the world premiere of Unteachable (2019) by Yong Shu Ling who spotlights the country’s results-oriented education system.

Due to a number of interesting work emerging out of Vietnam, the Festival will present Special Programme: Contemporary Vietnamese Shorts that reveal Vietnam’s diverse talents and growing role in shaping the Asian film landscape under the Asian Vision section. This includes short/cut (2019) by filmmaker Ostin Fam, a recipient of the SGIFF Southeast Asian-Short Film Grant (SEA-SHORTS) under the inaugural SGIFF Film Fund, and Blessed Land (2019) by Pham Ngoc Lan, an alumnus of the Festival’s Southeast Asian Film Lab.

The SGIFF will present this year’s Honorary Award to acclaimed Japanese filmmaker, Takashi Miike, who is known for his innovative, uncompromising and genre-bending aesthetics. Refreshed for the 30th SGIFF, the Cinema Icon Award will be conferred to distinguished Chinese actress, Yao Chen, for her outstanding achievements in bringing Asia’s story to life on screen. It will also confer the third ‘Inspiring Woman in Film Award’, Presented by Swarovski to actress Yeo Yann Yann. 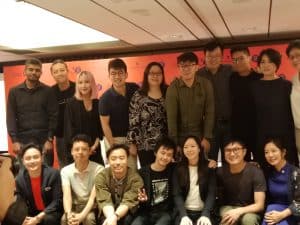 Executive Director of the SGIFF, Yuni Hadi, said, “This landmark edition is dedicated to our community of filmmakers and audiences, be they new or have grown with us over the years. We remain true to our mission to champion the spirit of independent cinema through our film screenings and nurture the next generation of storytellers through the SGIFF Film Academy.”

Light At The End Of The Tunnel

By Shobha Tsering Bhalla and Nithya Subramanian | 3 weeks ago

No Bridge Too Far